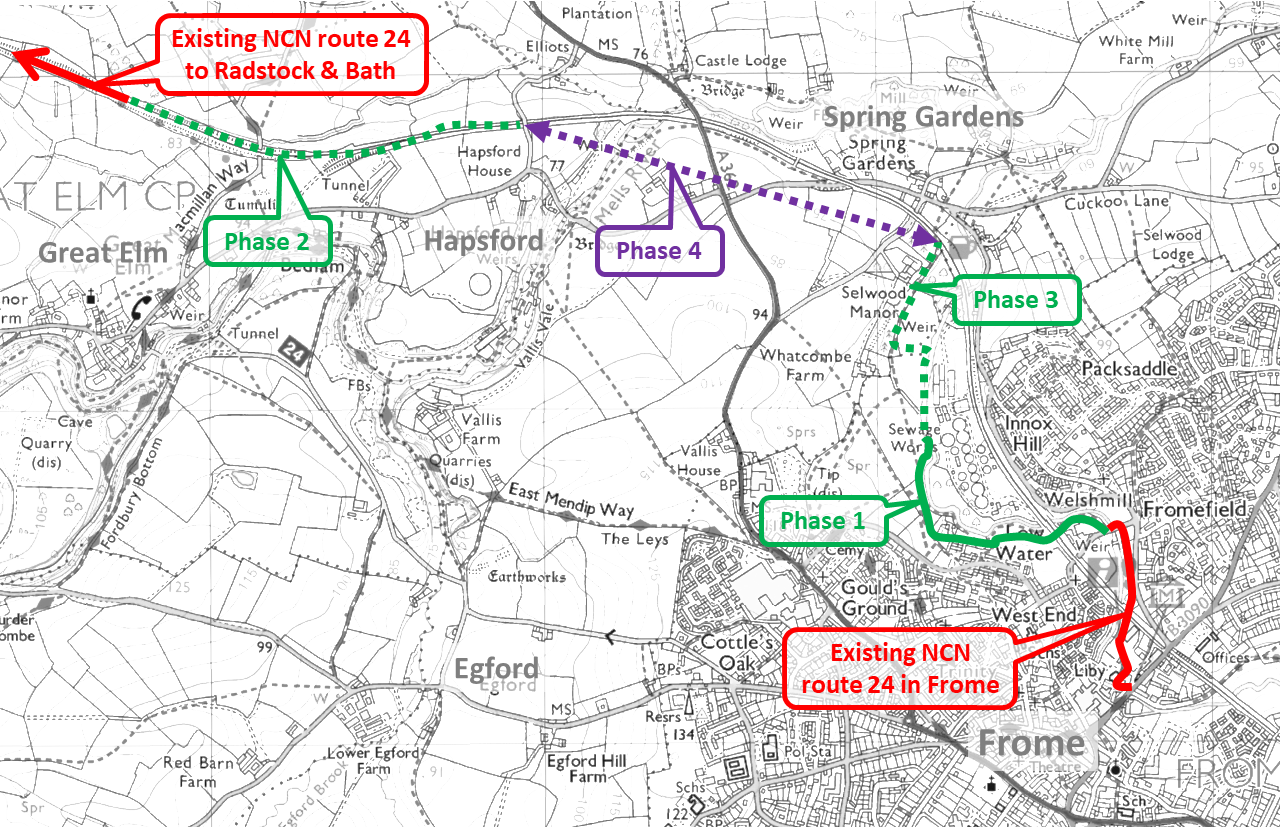 Phase 1, which is 950 metres long, was opened in early 2015. We built this first because we may otherwise have lost the opportunity to follow the river just north of Welshmill that was being threatened by development. In the event volunteers approached the developers and both Gracewell and Renaissance Land donated a strip of land that enabled the link to go through.

This phase completed the north south cycle route through the existing urban area of Frome and extends into the fields beyond replacing a narrow and very muddy public footpath.

Apart from providing a direct pleasant off road path from the Whatcombe area to the college and town centre it has proved popular for access to the Whatcombe fields and countryside beyond.

The main contractor was Oakus, vegetation clearance and fencing was by volunteers with the riverside steel fence posts recycled from a demolished county council footbridge.